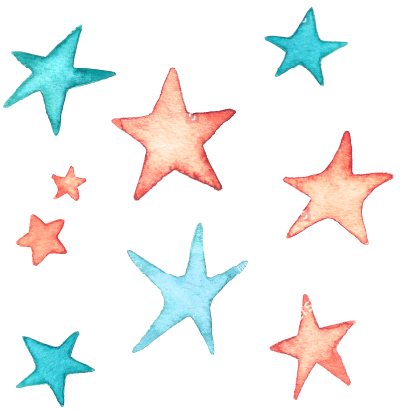 The fantastic journey - Questions about the process of change

The earth rotates around itself at a speed of 14.76 kilometers per second. At the same time, it gravitates around the sun, in an elliptical orbit, in which it travels colossal distances, reaching the mark of 29.8 kilometers per second. The sun, in turn, rotates on itself and, in a spiral orbit, moves around the axis of the Milky Way, at a fabulous speed, never passing the same point twice. During this cosmic tour, stars are dying, others being born, we crossed with baby galaxies, young, adult and old galaxies.

While this journey is taking place, we earthlings have the feeling that here everything remains stable, despite the profound and continual changes to which our holy land is undergoing. And more: in our being, the effects of time, the antagonism between anabolic and catabolic forces, in addition to the continuous intellectual and affective experiences, produce, at all times, alterations of different hues, some striking, others subtle.

Nevertheless, we have the impression that we remain the same. In fact, the entire universe participates in a Fantastic Journey towards becoming.

The situation for companies could not be different. Despite its apparent stability, everything inside them, and also around them, moves and changes at an ever-increasing speed, heading for the unknown, as it is an integral part of the caravan that makes this trip.

Those responsible for running the business act in this continuously innovative environment. We ask: How have you and your company been managing change?

Please don't respond now. We have prepared a list of questions that must be answered in advance and that are intended to help you properly answer the initial question.

1. Can you and your company perceive the birth and displacement of the great waves of innovation? Being attentive, with some effort, they will be able to surf in its “crest”, making good profits. If, on the contrary, they are comfortably and casually resting on the beach, they can be swallowed by a Tsunami.

2. Do you and your company follow the ebb and flow of national and international capital managed by large financial funds? Do they observe the speeches and movements of the great national and international leaders, as well as those of their opponents? If this is not done, at any moment your company could be surprised by the explosion of a “bomb” right in the center of your premises, and you could have your head chopped off.

3. The grass, with its magical roots, extracts food for the herbivores from the earth. The cow eats the grass and produces the milk. For that, it is necessary that it be grafted by a bull and that it generates a calf. The milkman takes the milk and takes it to the market. In this process, who is more important: the land, the grass, the cow, the bull, the calf, or the dairy? Can you and your company understand that the unity of diversity is what really matters? Can you perceive and orchestrate the beauty of harmony between different contrasts? Do you see that the emergence of an individual results from the silent and competent work of many others? On the issue of the unit, the doctors gave us the following story: They say that the different organs of the body met to discuss the importance of each one of them and elect a king. During the meeting, the brain claimed the privileged position for itself. He was immediately challenged by the heart, responsible for pumping blood, which also wanted to be king. The liver did not agree. Claiming to be a master of alchemy, he claimed the crown for himself. In the course of the heated discussion, disgusted by the arrogance of his colleagues, a small sphincter stopped working and everyone started to feel sick. The brain screamed: We are going to die suffocated in our waste! The bewildered liver claimed to be incapable, despite its science, of handling so many polluting gases. In desperation, brain, heart and liver asked the angry sphincter to work again. So he imposed: declare that I am the king. Little used to the struggle for power, he was soon convinced by the modest urethra and started to function again, to everyone's relief. Returning to living healthily, the community continued the meeting and quickly reached the following conclusions: there is only one organ: the body. There is only one function: life.

4. Can you and your company perceive that the company is a living organism? Can you understand that all units of this organism are vital and that each unit influences the other units and the whole? Are they aware that the whole is greater and more important than the sum of its constituent parts and that individual interests must be subordinated to the interests of the whole, regardless of individual size and weight?

5. Many years have passed, but the maxim of the “Old Warrior”, our dear and missed “Chacrinha”, unparalleled communicator on our TV, continues to vibrate in the air: “Those who don't communicate, get trumped!”. Knowing that change management must be supported by a broad and effective communication system, we ask: are you and your company willing to allow information to circulate freely, from top to bottom, bottom to top and sideways, so that the change programs are known to everyone and encouraged by everyone, without prejudice to the fact that the conversation “has arrived from the crowd”?

6. Authentic leadership cannot be enforced by decree. It needs to be noticed by the led. Are you and the company prepared, intellectually and emotionally, to lead a change program? Do they rely on the trust of the staff, in order to avoid the occurrence of opposition, especially covert opposition?

7. The offenders who play the Bicho Game, despite their clandestinity, gained the trust of the bettors with the following public statement, confirmed by daily practice: what is written is valid. We ask: are the company and you able to confirm the speech through practice, so that the programs presented are seen as authentic, thus preventing employees from fearing that the plans hide hidden objectives under the guise of simulating change?

8. Knowing that abandoning authoritarianism is a difficult task even for the saints, we must assume a much more intense struggle for liberation to be waged by businessmen, accustomed to exercising control and power. We ask: Are you and your company mature enough to admit that views different from those you adopt are presented and tested? In search of effective change management, are specialists and notables being hired to review processes adopted by the company, present lectures and give courses to its employees and executives, aiming at discovering “new paths”? Are you and your company willing to make a wide redistribution of authority and responsibility to allow decisions to be made at all levels, in an integrated way, allowing your employees to feel more useful and fulfilled as human beings? Remember: the authoritarian past tends to lean over the innovative present, generating unwanted and destructive behavioral ambivalence.

9. Economists agree that investments in education, continuing professional training and research are profitable. Do you and your company invest in education and training of the workforce, facilitating the success of change programs and the professional fulfillment of your employees, or are you afraid that this could increase salaries and prepare specialized labor for use by the competition? In this sense, what is being offered to them: courses, readings, lectures, videos, masters, doctorates? Or is the education budget always the first to be cut?

10. Delivering a problem to be studied and solved is like offering a fleshy fruit to be sucked on. Imposing ready-made solutions, to be executed without questioning, is equivalent to sipping the juice from the fruit and offering the bagasse without flavor and without nutrients to be sucked. Do you and your company believe that only a few “privileged” are capable of creating something new or do they encourage group work, aiming at finding innovative solutions? Do they allow their collaborators to speak to them with complete freedom, giving their ideas the due attention, encouraging and listening to opinions arising from all levels and implementing them, when they are good?

11. Knowing that the example of correctness and dedication of the leader will always be the best training and encouragement, we ask: Do you and your company adopt a “prey attitude” or usually cultivate ethical values ​​capable of generating a climate of trust and cordiality in the relationship with employees, suppliers, customers and other correspondents?

12. Do they understand that the decisions taken in the company generate effects that go beyond the limits of their walls, influencing the city in which they are located, the state, the country, the world and, who knows, the universe?

13. What programs have you and your company developed to integrate it into society, in order to be recognized as a serious and dedicated partner, concerned with ecology, welfare and social security?

14. When you are studying HR projects, in particular the issues of reward and compensation, are you and your company aware that you are making decisions about people's quality of life and that these decisions influence many segments of society?

15. What examples of citizenship and behavior are you and your company offering to the human beings who work in your facilities?

After this set of preliminary questions, we should return to the initial question. Please answer: How have you and your company been managing change?

Regardless of your answer, we can say that managing change requires wise leadership, pure leadership. Before anything else, the change manager needs to have the trust of his followers. 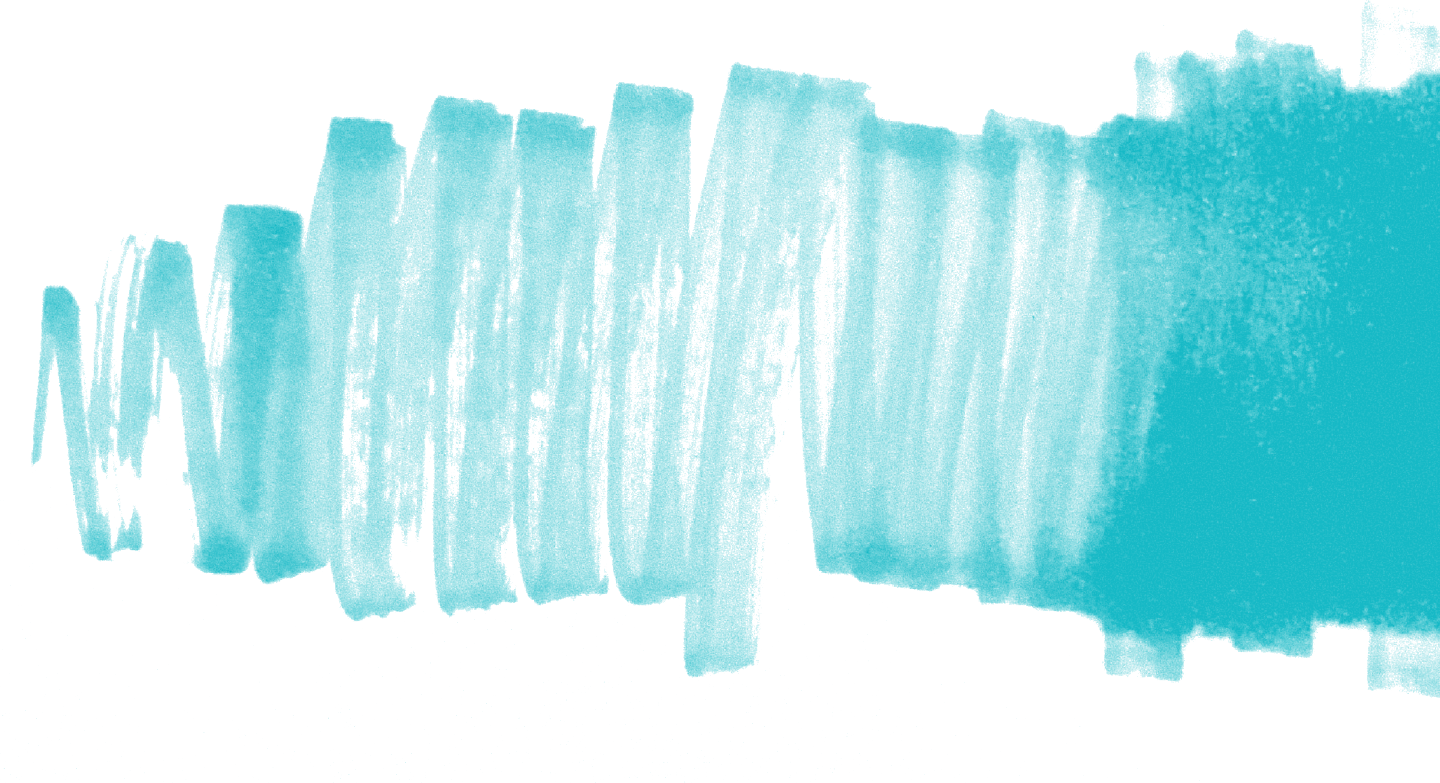 TRANSFORMATION MADE BY MANY HANDS